It’s surprisingly easy, in any project, to lose track of exactly what you’re doing and why. In industry it’s called “scope creep”, can cost millions and is controlled by having a tightly written specification and referring back to it at regular intervals, so that any change must be justified.

In bike building terms it’s a bit simpler, but it’s still a good idea to at least have a decent mental picture of your original objective.

When developing said picture one would be well advised to be both honest and unembarrassed. The latter is a lot to do with remembering that it’s your bike and you can do what you want with it. Someone somewhere will probably disapprove, but that’s their problem, not yours.

By way of explanation, here’s my logic.

I want an enduro style road bike. In all honesty, it probably won’t do the bit of green laning that we all say it will, since I already have a trials bike. It really is just a style/fun thing.

It won’t be my daily commuter, so it will probably be fairly low mileage and it’s unlikely to be thrashed.

I want something middle weight, to me that’s about 350cc.

I want another British bike, rather than a rice burner. Just because I like them.

It must be a practical ride on modern roads.
Now this is a potentially contentious one. I’ve read many an article by people who insist that their bog standard classic Brit is perfectly practical and I think they’re wrong. I say this, not as someone who thinks of brit bikes as some sort of ancient novelty and was brought up on Hondas. My first bike was a C15, followed by a 500 Ariel single. But that was forty something years ago and the roads were very different.

Sure, old bikes are fine for a Sunday run in the country with a few mates on similar bikes and in all honesty, this isn’t intended as a daily commuter, but I still don’t want to think twice about going anywhere on it. So here are my requirements for modern roads, and why.

Mirrors and indicators – Sorry, but the sheer volume of traffic nowadays means you need mirrors. Obviously anachronistic as they may be if you look behind you often enough to keep track of modern traffic, you’re not looking forward enough.

Nobody is looking for hand signals nowadays and, ugly as indicators may look, trying to signal right while your speed decays on a busy dual carriageway, just ain’t safe.

It must not be embarrassed on the motorway – I don’t intend to do a whole lot of motorway cruising on it, but you only have to get two miles outside any given town and you’re likely to be on at least a hefty dual carriageway. Even on A and B roads the traffic moves a lot faster than it did in 1962.

So the B40 is going to need a bit more power. I’m not talking about tuning it to death or trying to blow off anybody’s Kawazoomie, but a bit more would be good.

It must have decent lights – that means they must illuminate more than the front mudguard.

The brakes must have a significant effect on the speed of the bike – again, modern traffic moves a lot faster than it did forty years ago and drivers expect you to be able to stop, so they won’t allow you extra space to scrape off your speed with the soles of your boots.

It must go when I want it to – yes, old bikes will always need more maintenance than modern ones, but I don’t want to have to fiddle it into life every time I go out on it.

So that’s the requirements. How am I going to meet them with a B40?

On the styling side, I’m going to rebuild it as somewhere between the Enduro Star and the C15T (trials). Actually the Enduro Star didn’t exist until a couple of years after mine was built (and had a different frame) but the high compression piston and slightly hotter cam (used on the Enduro Star and SS90) will give it the gentle power boost that I’m looking for.

The C15T was made at the same time and had the same styling but was a 250. Both had a wide ratio gearbox that wasn’t too great for pure road use, so it’ll retain the stock gears.

So you can think of the result as an “in the style of enduro”. 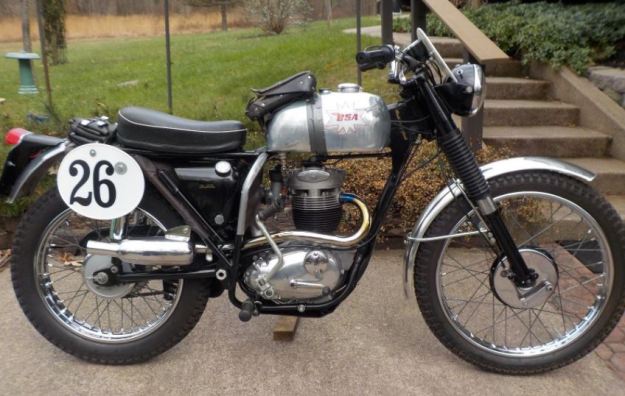 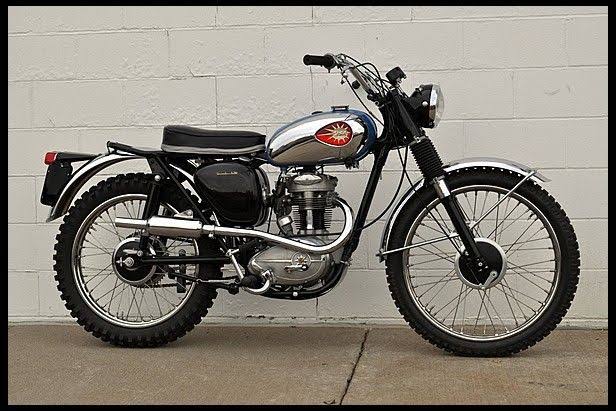 There are some out there who will consider this a terrible waste of a standard bike, and it’s a fair point. As it happens, standard B40s are still pretty common and I always hated the styling.

As I already mentioned, my first bike was a C15, which looked identical to the B40. At the time it was just an old bike and what I really wanted was a Bonnie café racer. Try as I might, I could never get the C15 to look like anything but the type of bike that peoples dads went fishing on and that feeling has stuck with me through the years.

Of course, the purists will tell me to go and buy an Enduro Star. Alas they’re usually kept on the shelf between the hens teeth and the rocking horse poo, a fact which is firmly reflected in the price.

Strangely, nobody seems to complain when people take standard Ford Escorts and build Mexico copies, or even rebuild A65s as Rocket Gold Star copies for that matter. Each to his own and all that.

So, the power part is pretty much taken care of by the SS90 piston and camshaft. It’ll also get a little bit of extra boost (along with improved starting and reliability) by the addition of electronic ignition and a modern carburettor. The former being completely invisible and the latter pretty discrete.
12v electrics and a low power/high output LED headlight bulb take care of illumination, again pretty much invisible until you switch the lights on.

Braking needs a bit of compromise. I suppose one could fit modern forks and a disk brake (enough of the “pre65” trials community seem to want to) but, frankly, that would be losing quite a lot of its fundamental B40ness. I’m planning to fit a ’67 twin leading shoe brake, doing a proper job of arcing the linings and using some of the clever modern lining materials. That should be enough to cope.

All that covers one area of the project specification. The other two factors are time and cost.
Time is pretty fluid. I don’t have, anything that could be described as a deadline, though I do get terribly impatient when a new project is on the go and I have got an urge to do a 1200 mile bike rally in July this year, so now I’m in a hurry already..

Cost is a different matter. I’ve got a sort of a budget in mind, but it’s not set in stone. Unlike Little Suzi, this is not intended to be a shoe string job, so I’ll invest enough to do the job right. At the other end of the scale it’s not a money no object job either.

To try and make some sort of sense of that, bits that need replacing will be replaced. All the simple bushes and bearings will get done, but some of the most expensive stuff will only be done if needs to be. Parts will be picked to be fit for purpose. No cheap rubbish, but not necessarily the Rolls Royce option either. I’m not going to spend a fortune building a full race engine for a genteel road bike, or leave knackered old shocks in it to save a couple of quid. Back to that common sense stuff, really.